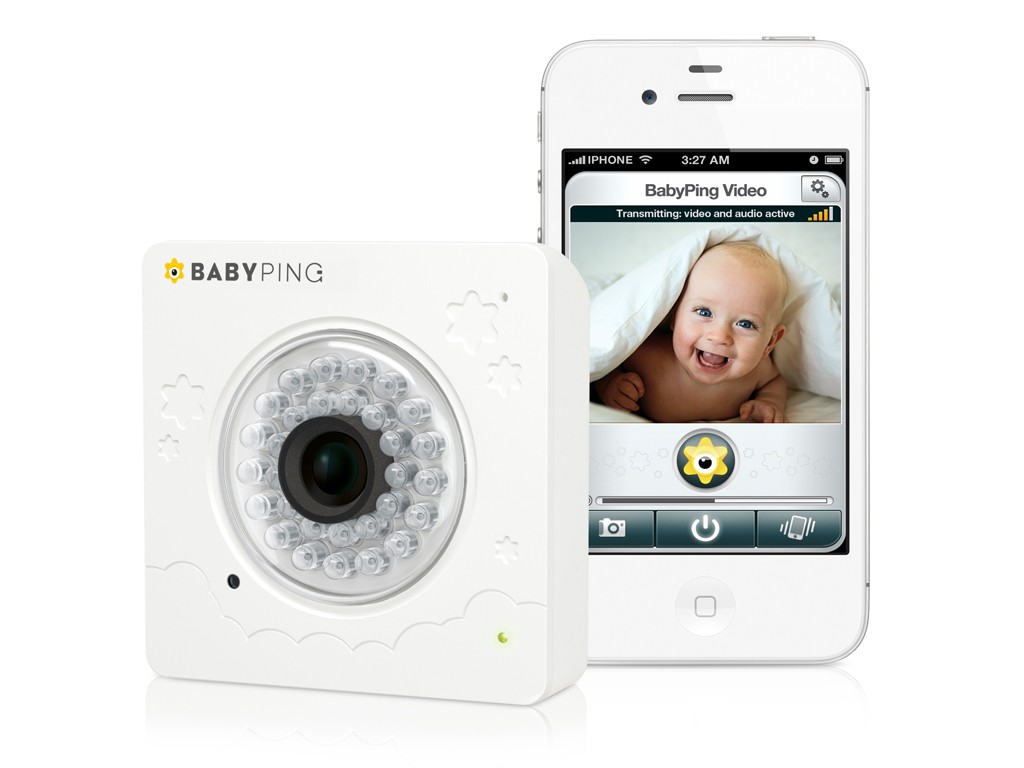 Having never been a fan of video monitors, I must admit to being sceptical about the BabyPing WiFi monitor, Â£149.99. But now, having lived with it for a few weeks, I’m happy to admit I’m a convert. It’s a simple concept – a rather smart-looking video monitor is placed in your baby’s room and you download a free app to your iPhone or iPad to see the real-time footage. It was a doddle to set up initially (plug monitor in to router, open app, and run set up wizard) and once done, the picture and audio on my phone were clear. It’s great not to have to worry about the ‘handheld unit’ and plugging in the charger(my personal bugbear), although obviously you need to keep an eye on your iDevice battery, but this might come more naturally to you. 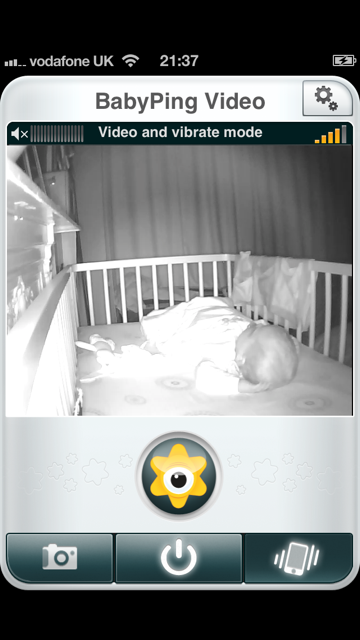 If you do want to use your phone, the BabyPing app is still there in the background and an alert flashes up if baby makes a sound. It has a vibrate function for situations when audio isn’t appropriate and you can even snap a pic of your little one as they sleep (see above). The video is colour and automatically switches to night vision when it detects darkness and the audio has a smart filter, so you don’t get that annoying background white noise. There’s no security issue as you enter a password to access it. Another great feature, which we haven’t tried yet, but will next time Harry goes away with work, is the BabyPing+ app, which enables you to access the BabyPing from anywhere in the world, meaning grandma can watch baby as well, but only if you invite her. All in all, a nifty little invention that is definitely a legitimate alternative to the traditional monitor if you’ve got an iPhone or iPad. An Android version is in the pipeline too.