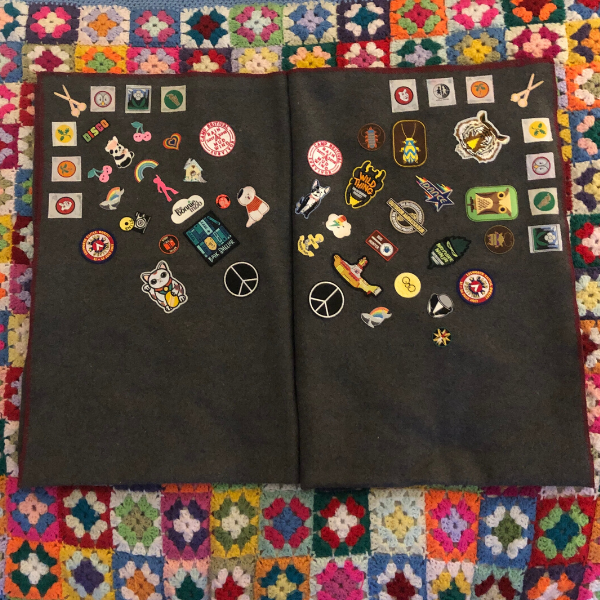 More of an inspo post than a step-by-step project this week. Alfie and Kitty LOVE patches, but, apart from a couple of canvas bags I customised, they have just been sitting in a drawer along with their Woodcraft Folk, swimming and gymnastics badges. I spotted the concept of patch blankets online and thought it would be a great way to personalise blankets for camping, so I bought a couple of grey army surplus ones. They sat for ages while I wondered who the hell was going to sew the patches on until my friend suggested I try the wonder that is fabric glue. 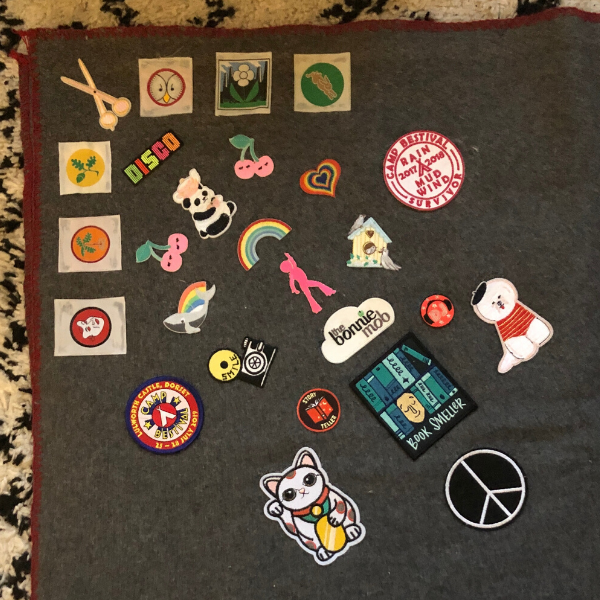 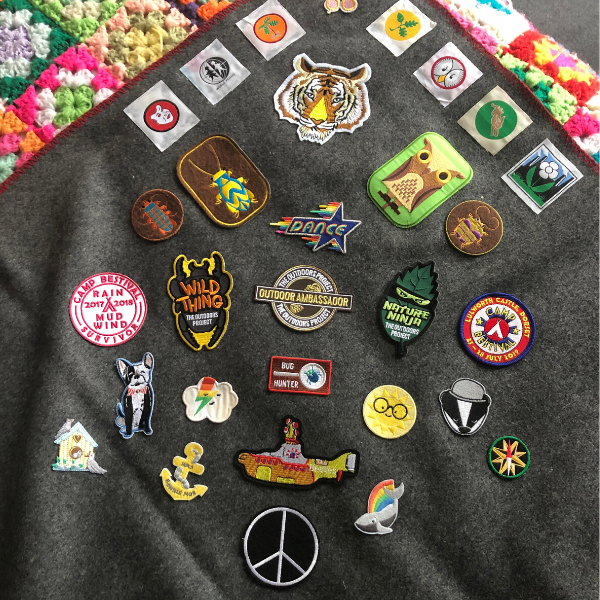 So, yesterday afternoon, the children planned out their designs on the blankets and we got to work. Some were a bit fiddly, you really need to make sure the glue is all around the edges or they’ll turn up, but we were all thrilled with the results. I’ll report back on whether they stay intact after washing once we’ve taken them on a camping trip. Can you guess whose blanket is whose?