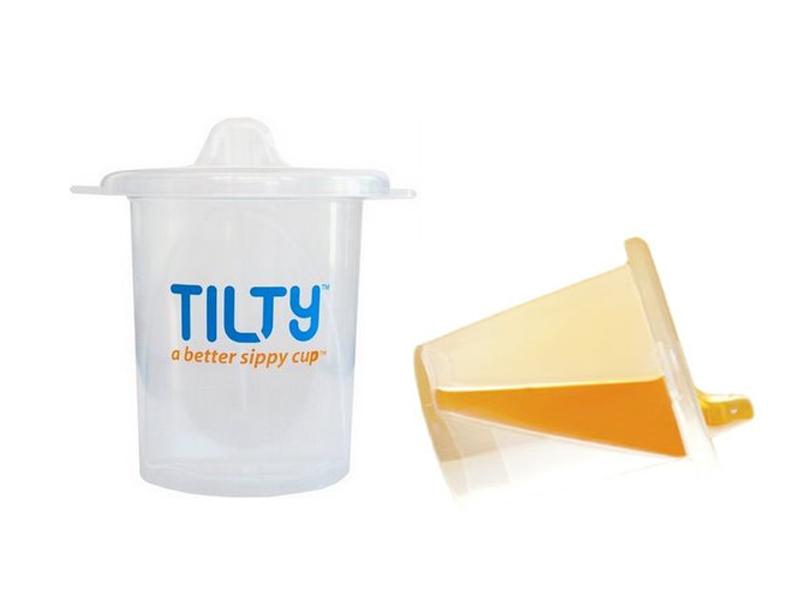 I am in danger of writing about Shak-Shuka every week but that is only because their site is a never ending treasure trove of eco goodness. I have recently been replacing all of the old sippy and drinks cups in our house with BPA free versions. I bought a Shak-Shuka and Shak-Shuka for out and about (Natalie has previously written about them). I wanted something more simple for use at home and as Monty is yet to master an open cup (seen more as an open invitation to an early shower) I added a pair of Shak-Shuka cups to my order.

Tilty is like many sippy cups in that it has a rigid spout and removable lid. It doesn’t have handles which is great because there is no change in skill when moving on to a glass. The real difference is the shape of the chamber. One side is sloped to force the water to pool by the spout when tilted. This means that when a child is drinking they don’t have to tip their head back but can drink at the same angle as you or I would. As they become more confident the transition to open cup will be smoother as they will be used to holding the cup at a shallow angle. So far we are loving the cups, Monty is finding it much easier to use and has already stopped tipping his head back. My only niggle with them is that the spout is fixed and there is no cap meaning they can’t be taken out filled without the risk of leaking.