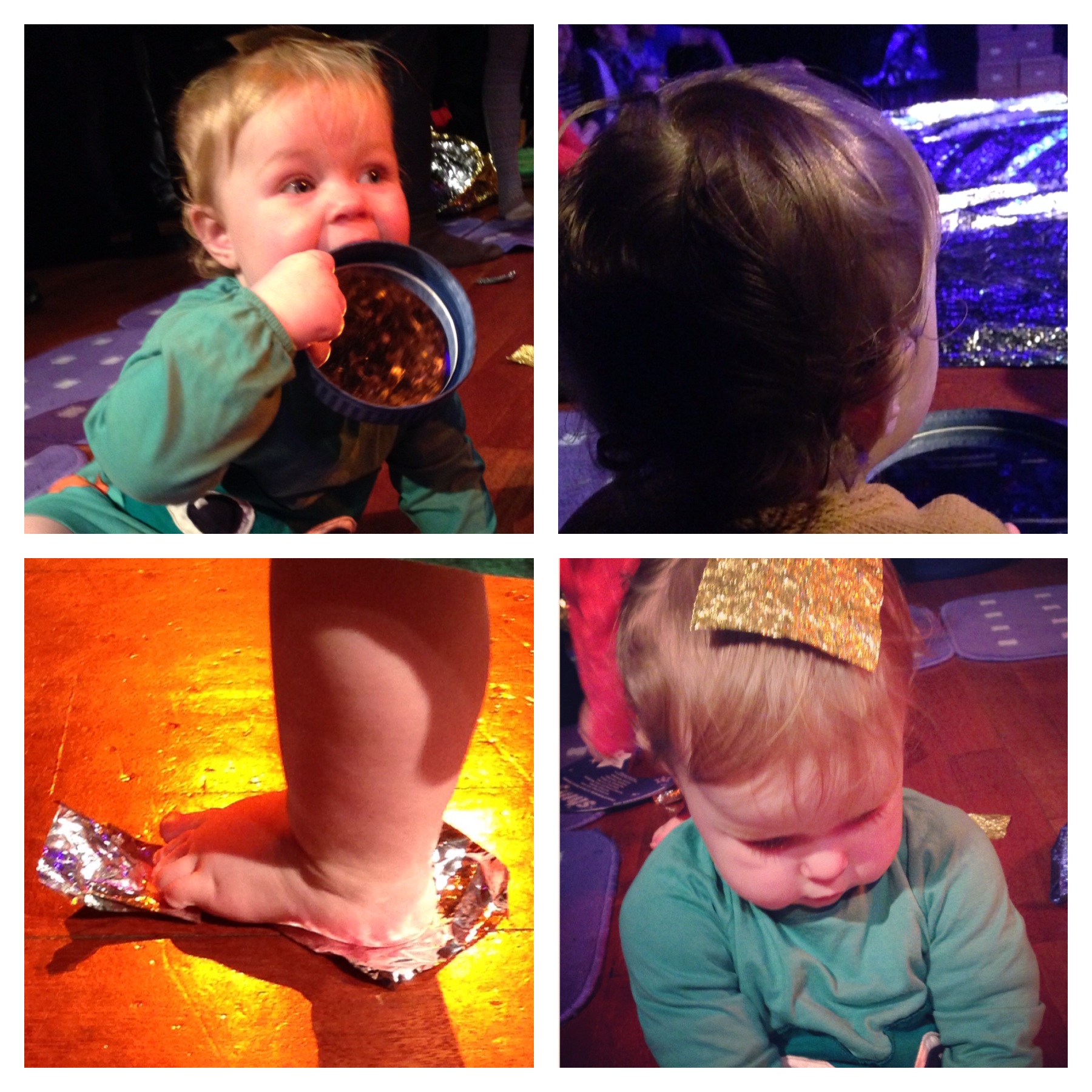 As I said in my preview back in October, it’s so hard to find theatre productions for the under-twos that I was delighted to discover Shiny, a dance production from Turned on its Head, was coming to Brighton. Kitty and I braved torrential rain to join a horde of toddlers (and their grown-ups) at the Dome Studio Theatre where we were ushered to mats, asked to removed shoes and socks and waited in anticipation.

There was an intriguing pile of brown boxes towards the back of the set and two dancers in long swirly coats span and danced with a tiny flutter of silver paper, then subsequently revealed all manner of treasures from the boxes – crinkly silver tunnels, translucent fabric tubes, myriad mirrored boxes – all of which were passed around for the entranced audience members to explore. The babies and toddlers were positively encouraged to invade the performance space, with many joining in with the dancing or just determinedly crawling to claim shiny treasures. The original flutter multiplied into a snowstorm of sparkle and a sea of silver to the wonderment of the children and the dancers’ outfits became more shiny as the show proceeded.

All of this was happening to the backdrop of an eclectic soundtrack – I spotted Debussy, Saint-Saens and Tea for Two in the mix – which was plinky plonky enough to be appealing to small people, while also soothing for big ones. At the end, the children were encouraged to collect handfuls of shiny flutter to take home (we used ours for Christmas crafts) and the whole experience was a magical way to spend an hour. Mamas and papas of Bath, take note – Shiny arrives at The Egg at The Theatre Royal in April.

« Make your own: Camera strap from a scarf
Fabulous Goose and other eco loveliness at e-side »