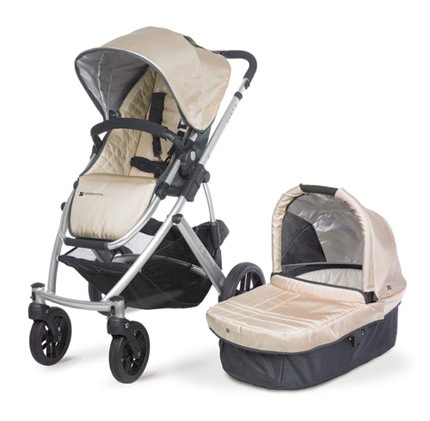 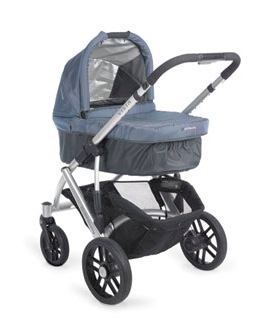 Yesterday I had the pleasure of hanging out at Huggle, a very cool parenting store in Swiss Cottage packed full of design led, super stylish practical buys, toys, and gifts as well as a cafe and classes. While I was there, I finally got a demo of the pushchair that’s taking the US by storm – UPPAbaby’s Vista.

Here at BG we’ve been waiting for a new brand or some new bells and whistles to excite us as it’s all gone quiet on the pushchair front. UPPAbaby’s Vista delivers in spades and it’s designed by a savvy mum that has tapped into delivering a high spec, feature rich set of baby wheels.

Let me start by saying as a die hard shopper and someone who takes everything but the kitchen sink with her when she goes out, the shopping basket is unbelievably big. Huge. But there’s more.

Anyone who has ever had a travel system knows that it’s like having to put yourself through an education in understanding the quirks. The Vista is straightforward. It really is a one-step fold (and trust me I’ve tried plenty that say they are and it’s more like ‘one if you’re super quick and have no child around you’) and it folds down compactly. Now you may wonder why that would be a big deal. When you fold down the average travel system, it folds down bulky and some will only fold in forward facing position. Basically it doesn’t look like an untidy bulkfest hogging up your car boot and the wheels can still be removed.

The aircraft aluminium alloy frame is sleek with black ‘no flat’ foam tires so none of this pumping malarkey either.

I absolutely loved the built in SPF 50+ sun shade and mosquito nets on both the bassinet and pushchair hood which can also help to reduce distractions during nap times, plus it’s added touches like the organic bassinet liner made from cotton and soybean fiber that wow me. The seat is designed to be level with table heights which is handy for eating out, the bassinet is super easy to remove, and the seat and bassinet fabrics are removable and washable.

Oh and did I mention it has Maxi Cosi car seat adaptors? And it won the Which? Best Buy Pushchairs award earlier this year.

Weight wise it’s around 11.2kg which is average for a travel system and it’s important to note that it’s whether it feels weighty to lift or push that makes the difference and it’s very manageable even by a dinky like me.

It doesn’t go crazy on the colour front, but what it does have works and is popular – black, red, cobalt, a golden cream, a silvery grey, and a dusky green.

The RRP for everything is Â£599.99 (that’s bassinet and pushchair). It’s available from Huggle if you’re in London (they give great demo) and you can see Uppababy’s stockist list for stores around the country and online retailers.