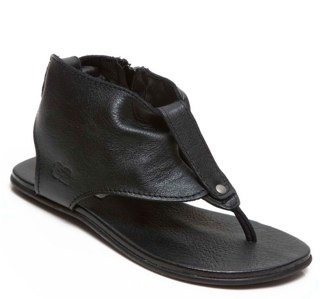 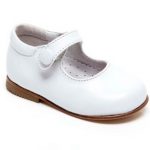 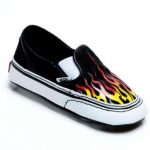 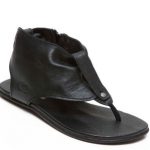 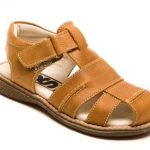 Kids shoes are one of those things that I despair about as the atypical high street just isn’t stylish enough and limited in colour. I’m heavily reliant on One Small Step in Kingston Upon Thames and Clapham as well as various online stores, and now Step2wo, an online store for luxurious footwear for kids that also has concessions at Harvey Nichols, Selfridges, and for Irish readers, BT2 is on my radar.

As well as heavyweight designer brands like Prada and Bikkembergs (mega pricey), they also have mid priced brands like Vans, Lelli Kelly, Agatha Ruiz, and Converse amongst their roster, as well as their own label shoes (from Â£39.50), of which they’ve done three of the pairs shown bar the fiery Vans, Â£20. From smart sandals, to casual canvas, to the divine thong sandals which come in three colours, to the sweet ‘Dolly’ shoes in Mary Jane style, they have a decent selection for boys who can tend to be under catered for.

Aside from shoes, they also have designer clothing by the likes familiar BG-esque brands such as Hucklebones, Jake & Maya, and Petit Bateau.

« Cool Website: Florentine and Pig
Alex and Alexa â€“ Popping Sale with 50% Off »