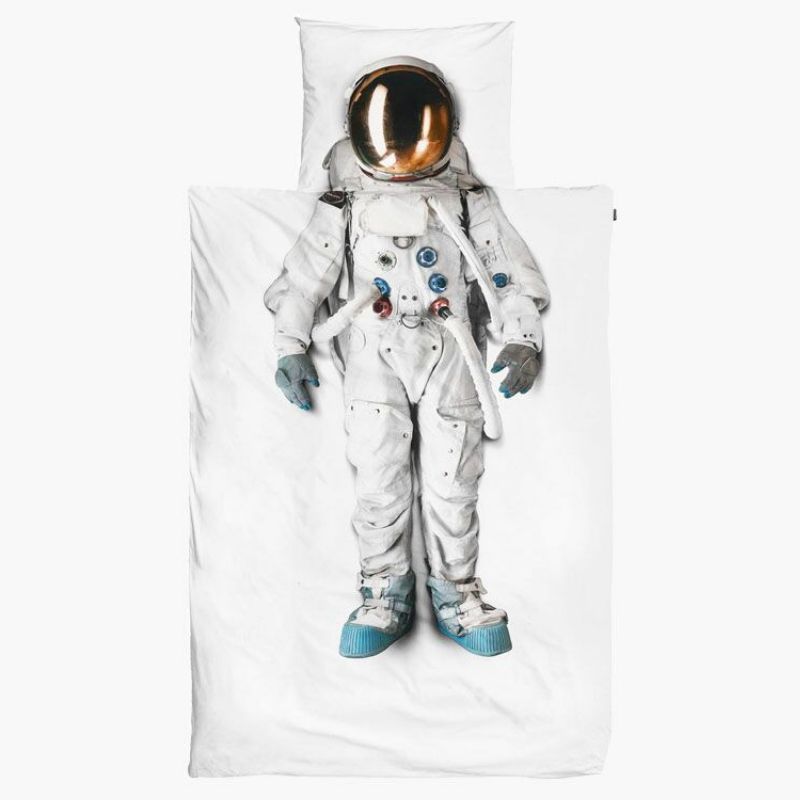 Unless you’ve genuinely been living on another planet lately, you can’t have failed to notice that it’s the 50th anniversary of the moon landings this week. And what better way to celebrate the amazing lunar achievements of Neil, Buzz and Michael, than to feature some out of this world bedding from brilliant British children’s interiors emporium Reroom? I mean, short of actually going into space, this duvet set, by Dutch label Snurk, is probably the closest your little one will get to being an astronaut. I love the idea of them being in the suit when under the duvet and, obviously, it opens up myriad photo opportunities. 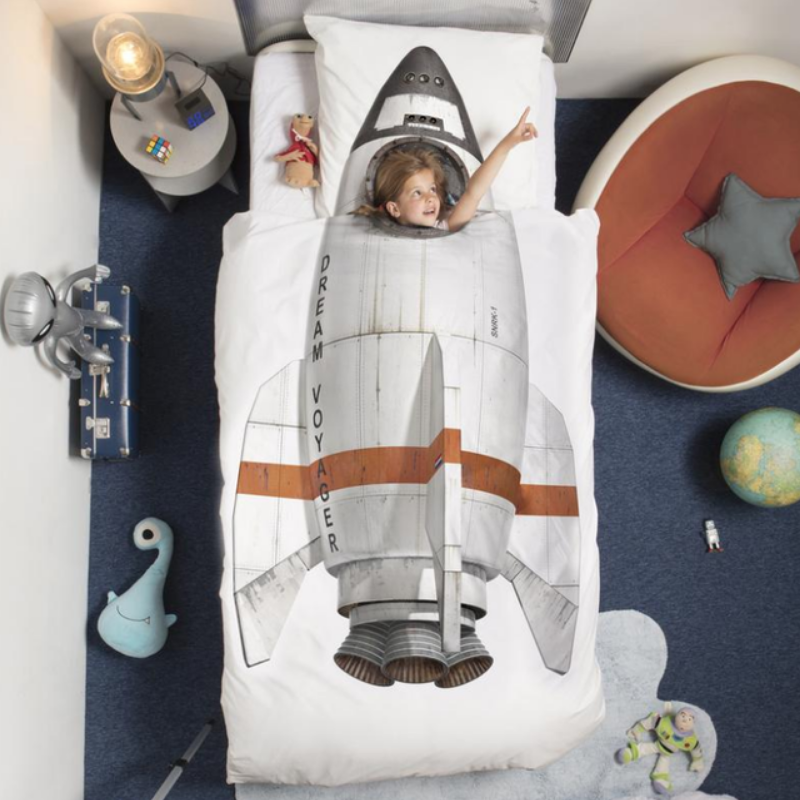 For more vehicularly minded children, there’s a rocket version and, if your child has the space bug, it’s well worth checking out The Launch round up of intergalactic interior ideas, featuring a Milky Way rug, Mars cushion, rocket shelves and moon wallpaper. The duvet set is 100% cotton and costs £49 for a single and £90 for a double. 5… 4… 3… 2… 1… Shop!