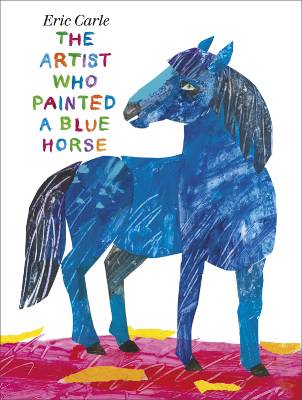 It’s been a while since a brand new Eric Carle book has been published, but this one is definitely worth waiting for. The Artist Who Painted A Blue Horse (RRP Â£12, Puffin)Â isn’t out until 4 October, but I’ve been lucky enough to have a sneak peek. Inspired by the work of Expressionist artist Franz Marc, shown to Carle as a child by his art teacher, as he grew up in Nazi Germany (where Marc’s work was banned), it tells the story of a boy who paints animals in unusual colours, beginning with the eponymous equine and ending with a gloriously polka-dotted donkey, taking in a green lion, black polar bear and yellow cow en route. It’s a beautiful book and Carle’s typically vibrant illustrations are sure to entrance and amuse toddlers – Alfie delights in pointing out, ‘That’s not right, Mummy!’ and correcting the colours. Pre-order your copy now and make space on the bookshelf for a future favourite.