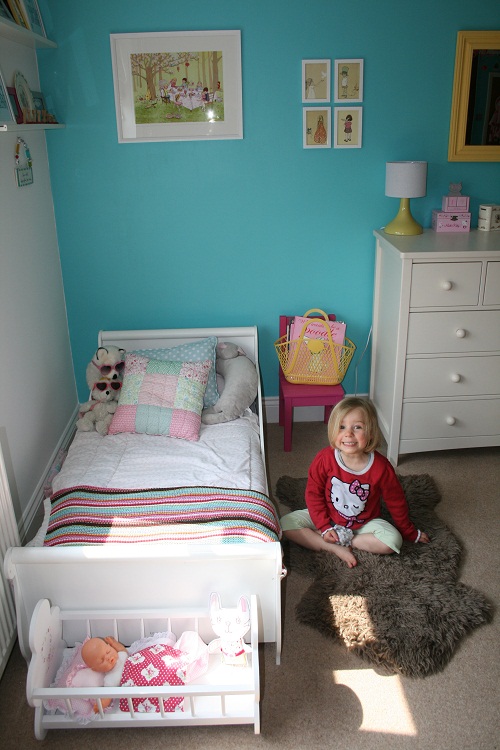 Tracey is Mama to Kitty, 3, and Sebby, 1, and lives in Stock in Essex. She is the author of the gorgeous Procrastination Mama blog which is a mix of interiors and family life. Since moving into their new home earlier this year Tracey has been working her magic starting with creating a fun, modern and eclectic room for her children.

What was your inspiration for the room?

I knew I wanted to use a strong turquoise somewhere in the house as its one of my favourite colours and works so well with pink, white and boy flavoured colours too. The blog House of Turquoise was a great source of inspiration. 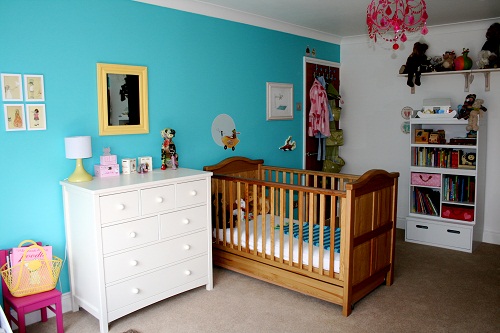 Did you have a set plan for the room or has it evolved?

I had a plan but it did evolve. I tried 5 different colours of turquoise and then even tried mixing some white in too to find the perfect shade. In the end I went for the first colour I had picked out.

I knew I wanted it to work with white because Kitty’s bed and bookcase were white and eventually I will get them two beds or bunk-beds in white. Also I had a pile of pictures and art that I collected over the years for the kids. I still have lots more and can’t help still collecting art for kids. It’s a bad habit. You should see their playroom! 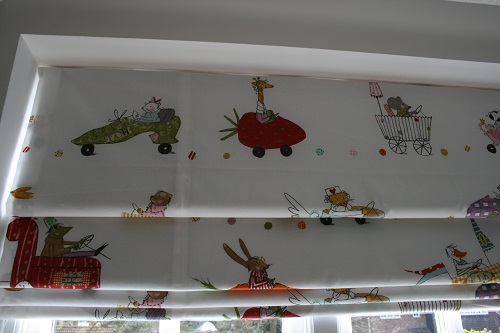 I also had some fabulous Fabler fabric from Ikea which I knew I had to use in the room somewhere because it was so beautiful and unisex. My friend made it into a roman blind for me. I also bought some of the Ikea Fabler wall stickers which I’ve been taking down as they started to peel off and look tacky.

Have you enjoyed decorating the space?

It was so much fun and my favourite way to be creative. I’m itching to do the rest of the house now. We only moved in January and I’ve done a few areas but I find it hard to totally finish an area as I’m always seeing new things or waiting to find the perfect this or that for it to be totally ‘finished.’

Where did you buy the key pieces from in the room?

The dark wardrobes were in the room when we moved in. Kitty’s white junior sleigh bed and bookcase is from GLTC, the chest of drawers is the Noah range at Feather and Black (although I was annoyed when it came because it is called white but it’s really more of a cream.) Another great reason to have it back dropped against a dark colour as it doesn’t stand out so much for not being white. Seb’s cot was Kitty’s old cot not sure where from. 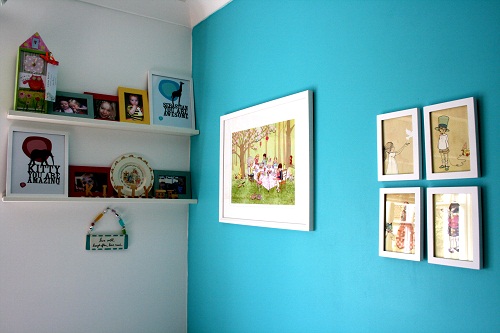 The chair is one from Ikea which I painted pink and the mirror above the drawers is a second hand one I painted yellow. The pictures are from Belle and Boo, Creative Thursday, Kal Barteski and the swimming pool pic from a store in Stockholm. I have tried to google the artist since as we love this picture and now wish we had bought more from the series at the time. 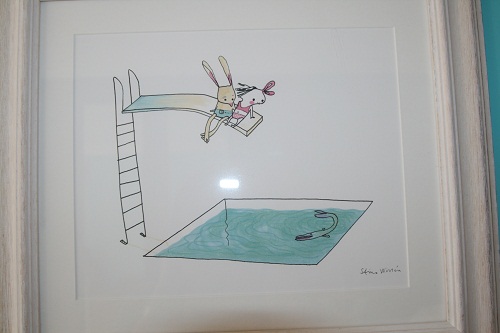 Any tips for decorating rooms/sourcing pieces?

Well i think that a plain room with simple furniture can be made fabulous with some great art. I’ve never been into the whole ‘nursery theme’ idea. Etsy is a wonderful place to source unique and cheap art. 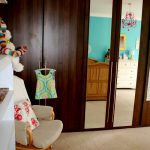 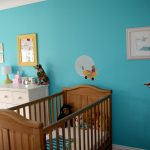 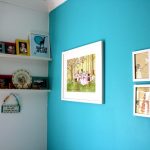 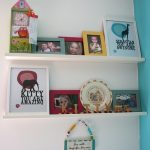 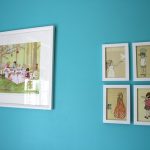 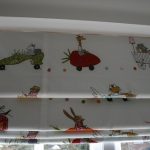 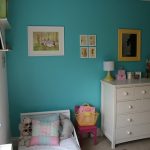 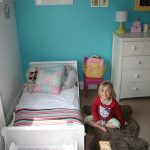 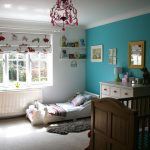 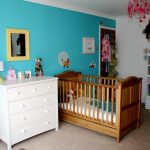 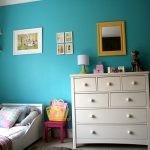 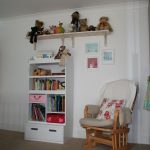 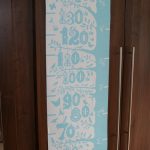 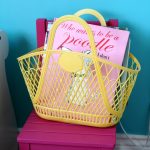 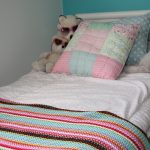 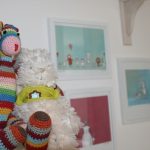 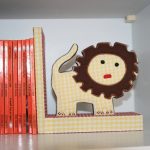 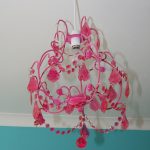 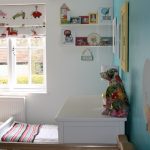 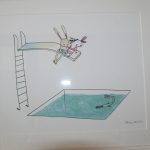