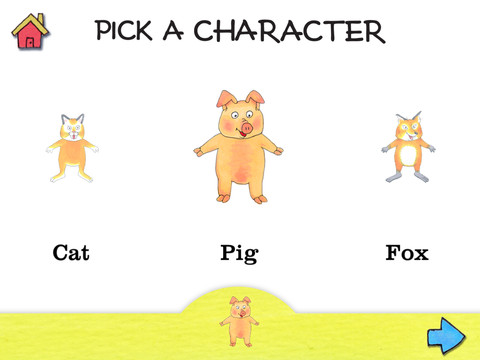 As one of the world’s biggest Richard Scarry fans (along with Alfie) I was delighted to read that the inimitable work of the iconic US children’s author was coming to the iPad, courtesy of Peekaboo Barn creators Night & Day Studios. So does it live up to expectations? Well, while I can’t fault the illustrations and idea behind the finding challenges, there is a lot to be improved upon in this first edition. Initially, you choose a character, dress them and name them, but then this character doesn’t appear in the second section which feels a bit disjointed. Alfie just asks to go straight to ‘the finding bit’ now. 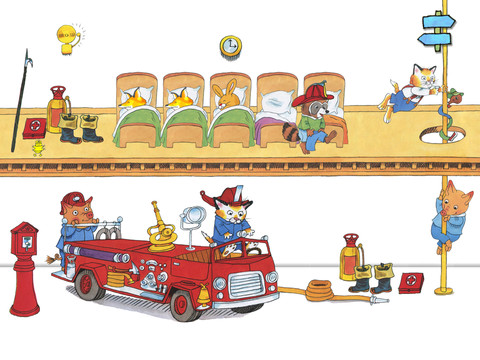 ‘The finding bit’ itself involves picking a scenario (bathroom, bedroom, kitchen, fire station or playground) and ‘helping’ an animal find an object. Most of them are quite obvious, so I would say this is more for younger children, and if you repeat a scene then you won’t necessarily have to look for a different object. Having said that, A seems to enjoy tapping on all the items to hear their names and searching for the goldbug in every picture. It’s a shame the app doesn’t keep count of the number of goldbugs your child finds and subsequently reward as an incentive to continue as currently I don’t see any long-lasting enjoyment being garnered. Having said all that, the illustrations are divine and the few animations there are are great. I just hope Night & Day take reviewers’ comments on board when they’re updating Busytown, because it’s a fantastic idea and could be a wonderful app with a few tweaks.Â Â£2.99, The App Store.