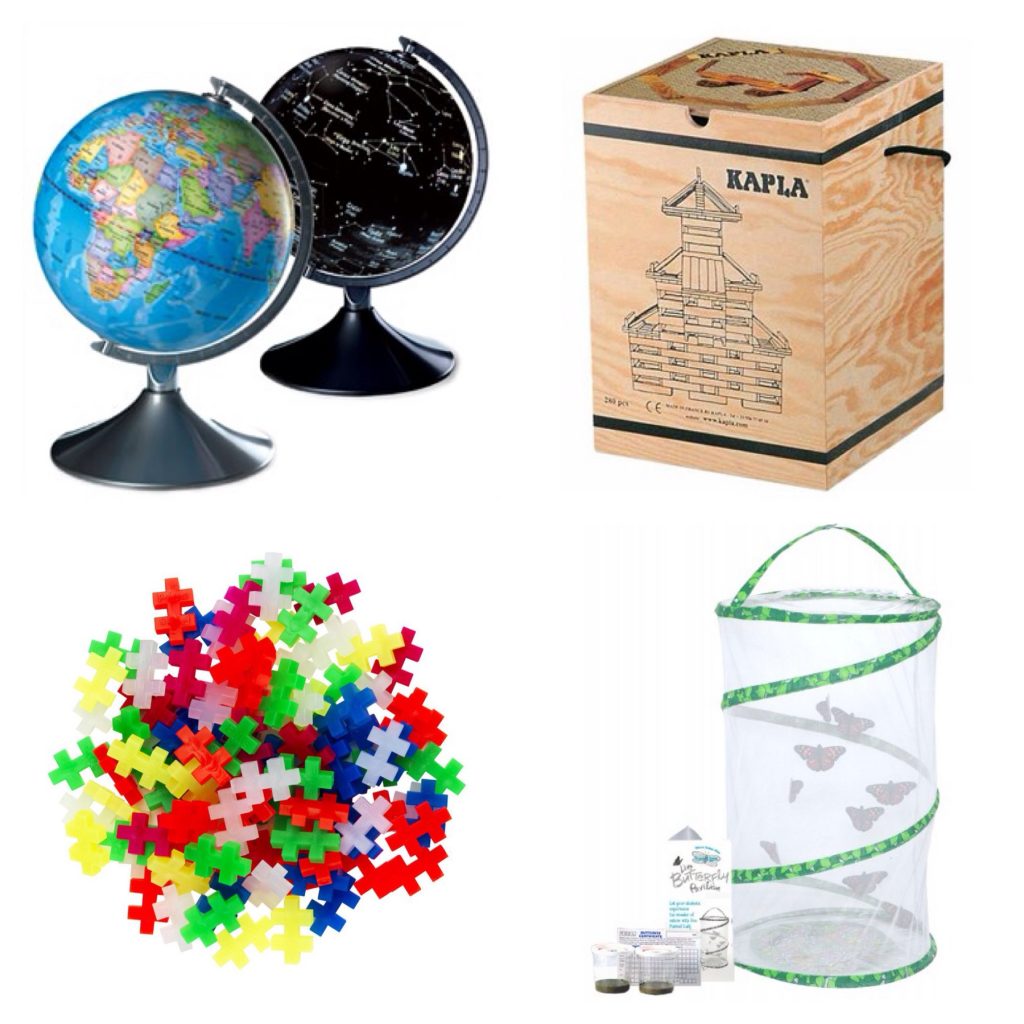 It’s a month since Alfie turned five, so we’ve had plenty of opportunity to play with and read all the amazing toys and books he received (thanks so much, everyone). It goes without saying that both Playmobil andÂ LEGOÂ are always a winner – the Playmobil space and LEGO Marvel Superhero and City sets have been particularly well received, alongside a box of 650 basic bricks, now transformed into many ‘creations’, sitting on a shelf in the lounge! Construction is hugely popular with this age, which is why we bought Alfie a box of Kapla. Seemingly just a load of small wooden planks, it’s absolutely brilliant and it’s amazing to see what you can create with a bit of imaginationÂ – Alfie loves it. I like the idea you can buy add on sets in the future as well. Worth shopping around as prices seem to vary wildly from shop to shop – we paid about Â£40 for a box of 200.

He was also given some more Plus-Plus – neon, this time – to add to our original set, so we’ve been busy making stuffÂ with that as well. From Â£5, The Kid Who. We were also given a pirate pack of Hama beads – our first experience of them – and Alfie really enjoyed making the pictures. Â£6.99, Amazon. Alfie’s a bit of a nature boy, so Insect Lore’s Butterfly PavilionÂ was a success – our caterpillars transformed into chrysalises and we’re currently waiting for the butterflies to emerge – it’s quite exciting! Be aware that if you are giving as a gift you have to send off for the caterpillars using a voucher in the pack, Â£34.99.Â He’s alsoÂ a keen astronomer and quite obsessed with geography at the moment so Brainstorm Toys’ 2-in-1 Globe was the perfect present for him from his aunt and uncle. It’s a normal globe by day, then, thanks to a light sensor, it becomes an illuminated star map showing all the constellations by night. Â£32, Great Little Trading Company.Â HisÂ Melissa & Doug Astronaut costume has also been a big hit – it’s definitely the best of its kind I’ve seen. Â£18.99, Toy Trade. 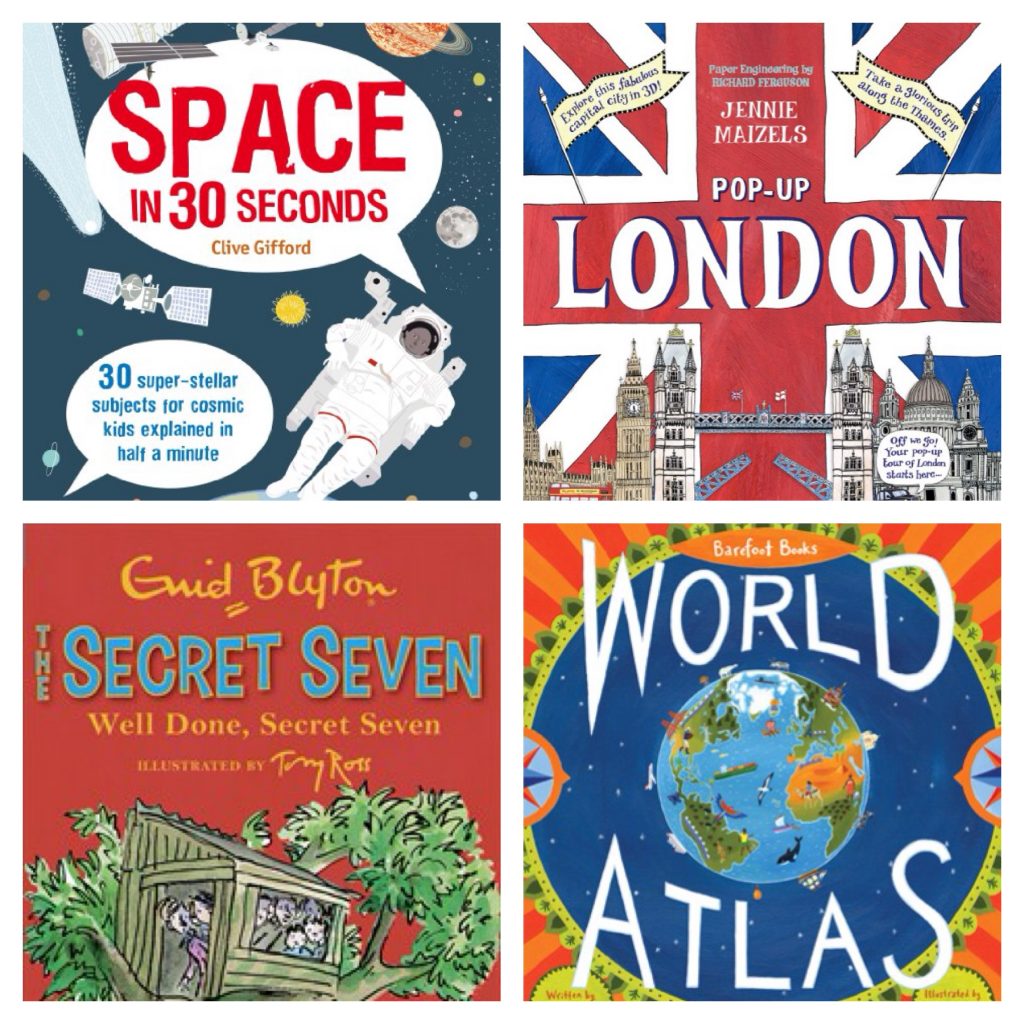 Keeping with the planetaryÂ theme, I’d highly recommend Space in 30 Seconds by Clive GiffordÂ (Ivy Press, RRP Â£9.99) – a great introduction to 30 key astronomical topics, explained at top speed. Books are always my go-to for gifts (you can never have too many, you know), and Alfie is a total bookworm. He’s reallyÂ into Enid Blyton at the moment, so her books featured heavily among his presents – we’re working our way through the adventures of the Secret Seven (nine down, six to go) and have the first five Famous Five and first three Adventure books to enjoy afterwards. They are great to share with your child – I almost relish bedtime, so I can find out what happened next – and Alfie has really embraced the whole secret society idea. The Tony Ross illustrated editions (Hodder Children’s Books) have vouchers at the back that you can send off to receive a club pack of pencils, badges and a poster as a bonus. We were all really pleased to add Barefoot Books‘ World Atlas (RRP Â£14.99) and Pop-Up London by Jennie Maizels (Walker Books, RRP Â£14.99) to our bookshelf – both are visually delightful.