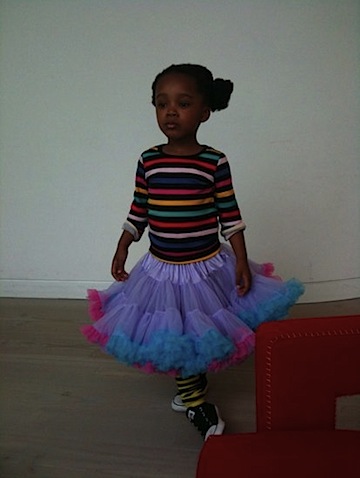 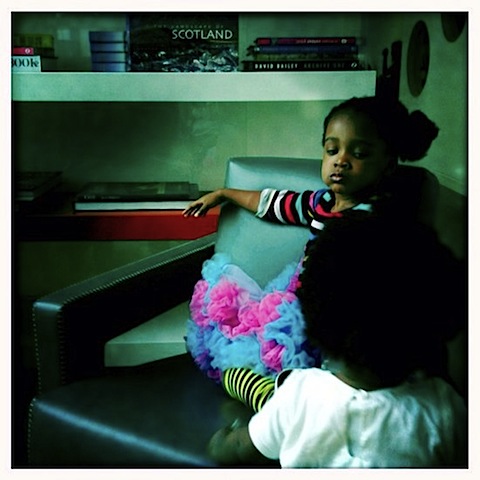 It really doesn’t seem that long ago that I was pretending to be the Bo Selecta version of Craig David (all sparked by the catheter – I was high as a kite on hospital drugs), howling in frustration and pain, and eventually having an emergency c-section after thirty-six hours. But it has been three years (and I’ve already had another since then) and yesterday we celebrated Saria ‘The Bambino’ who is the original inspiration for Bambino Goodies birthday. She arrived into the world sparky and full of beans and hasn’t changed much although she will no longer smile for photos – this is one of the aspects of her that makes living with her akin to living with a moody teenager.

We had a very relaxed birthday, just the four of us, at Purple Dragon, a seriously cool members club for families in Battersea. Lu and I had checked it out with the kids for a forthcoming post here on BG and they very kindly had Saria back for her birthday.

The kids love it – they bowled straight in and headed for the wet play zone which has a custom built water play table designed by the same guy that did the one at the Science Museum, then quickly onto the arts and crafts room where they painted up a storm, the music room for piano and drums, then lunch, then off to play with touch screen Macs, the vast array of wooden toys such as the big train set, giant dolls house, an array of pretend play gear, and soft play, as well as playing footie with the boyf outside. Miss Att-i-tude Nia also currently known as Grace Jones moved around like a mischevious whirlwind of energy through the rooms and was in absolute play heaven.

Saria’s top is from H&M (I think it’s in a 2-pack for Â£6.99) and her fabulous pettiskirt is by Angels Face which we got at the ever cool Juicytots – get 15% off with the code BAMBINO15 until 30th June.