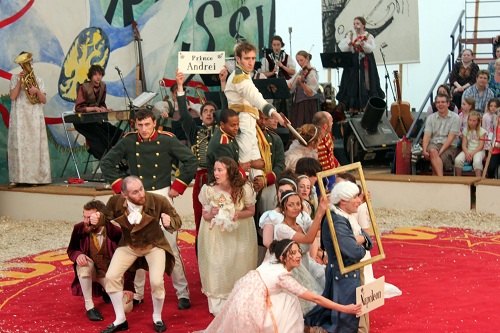 From the first mention of a trip to the circus my children are hopping with anticipation. The fevered talk about tricks along with practicing their own daring stunts is inspired by our first and only trip to Giffords Circus last year. Such is the impact of their performance Monty, only just two, is still able to tell you his favourite parts from last year.

The 2011 show is an interpretation of War and Peace. I have to admit to reservations after finding even the Wiki entry a little heavy going. Yet with humour and humanity, Giffords Circus bring the tale to life. 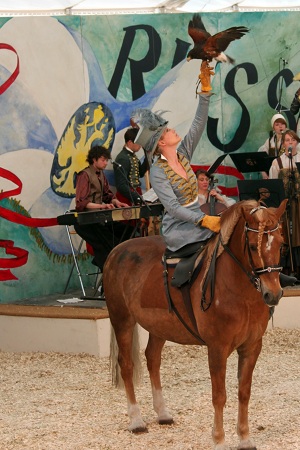 As we stepped into the tent we could hear laughter as Tweedy Clown entertained the gathering audience. As the tent filled up his opening act got going with a hilarious stepladder routine complete with cartoon style falls and landings (take a look at his promo video). His comedy is threaded through the show, lightening the, at times, bleak nature of events.

The story unfolds with acts telling the story and original music and songs narrating the action. From Nell Gifford riding side-saddle hunting with a hawk and a haughty, fierce stare to the seemingly gravity defying tumbling comet you will be bewitched by this show. Some of the best story telling was simple visual metaphors such as Napoleon throwing knives at a map of Russia or the white doves of the finale. Whether you are going for the whole experience or physical acts alone you will not be disappointed with Giffords Circus’ version of War and Peace. You may even be inspired to read the book… 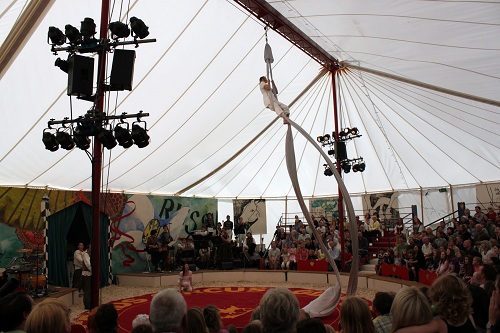 Giffords Circus are now on tour until September 2011 with locations all over the Cotswolds. You can find out more at the box office.

All photos copyright Kat with credit to Mr Kat who took some while I was breastfeeding! 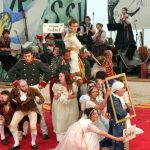 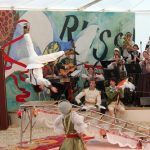 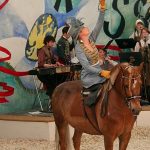 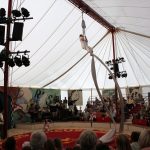 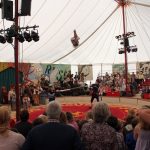 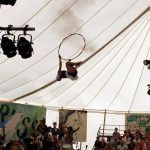 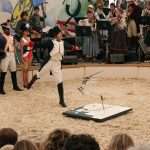 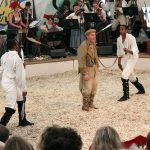 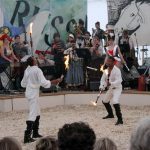 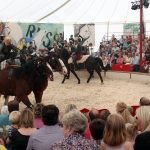 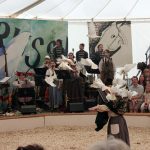 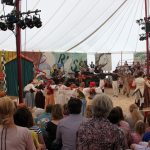