Happy International Women’s Day, everyone! Although, clearly, it’s frustrating that we still need IWD, things have definitely improved for girls in terms of children’s toys and books. Now they can ditch Barbie in favour of stargazing, fossil hunting, karate kicking, football playing, surfing, rocket scientist superhero Lottie and long gone are the days when children’s literature was limited to princesses waiting to be rescued by handsome princes. In fact, many of those fairytales have been reworked to reveal real badass heroines in today’s story books – we love Little Red by Bethan Woollvin, Interstellar Cinderella by Deborah Underwood and Sleeping Beauty: A Mid-Century Fairy Tale by David Roberts. Check out more feminist picture books in our selection here. Undoubtedly the best way to empower young girls is to use examples of real women who have achieved amazing things against the odds, which is where this round-up comes in…

Goodnight Stories for Rebel Girls: 100 Tales of Extraordinary Women by Elena Favilli and Francesca Cavallo (Particular Books, RRP £16.99) is the much anticipated Kickstarter-funded project which features 100 single-page biographies of inspirational women transformed into stories. You’ll find some crossover with Women in Science, but there are a lot of modern-day heroines from the worlds of art (Frida Kahlo), music (Maria Callas), sport (Venus & Serena Williams), politics (Michelle Obama), literature (Virginia Woolf) and even royalty (one of Kitty’s most requested stories is Elizabeth I). We have been reading at least one of these every night and the illustrations (all by female artists) are stunning. It would make an amazing gift – I only wish it were called Good Night Stories OF Rebel Girls to make it more accessible to boys – after all, it’s important that they know how awesome women are, too.

History Heroes: Women (RRP £8.99). These card games are fast becoming our favourites for taking out and the latest edition, released today for IWD, will be coming with us on holiday. Like the aforementioned books, it’s a look at all the incredible things women have done throughout history to the present day – from Cleopatra, through early feminist Mary Wollstonecraft, Nobel Prize winner Dorothy Hodgkin and civil rights activist Rosa Parks to philanthropist Oprah Winfrey and educational campaigner Malala Youseafzai. A must for mini fact fans (Alfie loves testing me) – I’ll be buying in bulk for the pressie box!

Little People, Big Dreams: Marie Curie by Isabel Sanchez Vergara (Frances Lincoln, RRP £9.99), Smallprint Books. This series of books is just fabulous – Kitty (four and a half) absolutely loves them, but I think they’re great for older children as well. I love how this latest book begins, ‘When Marie was a little girl, she made a vow to herself… she was going to be a scientist, not a princess.’ It goes on to tell of her discoveries, becoming the first woman to win a Nobel Prize and triumphing over tragedy. Other women explored in the series include writer Maya Angelou, aviator Amelia Earhart and fashion designer Coco Chanel.

Rosie Revere’s Big Project Book for Bold Engineers by Andrea Beaty, illustrated by David Roberts (Abrams, RRP £8.99). I couldn’t resist adding this, even though it’s not released until next month. You might have seen that Kitty dressed up as Rosie Revere: Engineer for World Book Day – it’s her favourite book and is read over and over again in our house (along with sequel Ada Twist: Scientist). So I know she’s going to love this fabulous activity book, which encourages children to create and invent just like Rosie. Fans of the book will love celebrating their fantastic flops alongside their super sucesses and there are real-world problems to solve as well.

We really do adore World Book Day, but it can put a lot of pressure on parents. The BG kids are all bookworms, so, of course, they LOVE it, but trying to decide on a costume is always, er, shall we say, interesting. So we've pulled together easy makes plus inspiration and we're showcasing your brilliant costumes, too! Please do email us team@bambinogoodies.co.uk a photo or add it to our Facebook page so we can add it to our gallery! 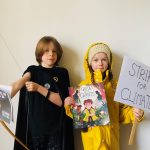 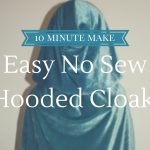 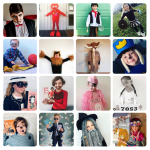 stay up to date with our latest posts