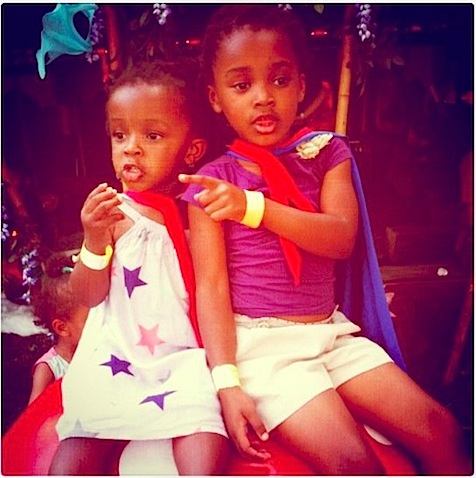 A couple of weeks ago, I got up early and made enough food to feed the five thousand and headed for Lollibop, the “big bash for little people” in Regent’s Park. We were given a family pass for six which meant I ‘dragged’ my mate and her two along and we were pretty frazzled by the time we were at Charing Cross, nevermind at the bloomin’ festival itself.

I wasn’t entirely sure what to expect as I was a little concerned that Lollibop had been so heavily marketed as a CBeebies centric event. From the presenters to constant chit chat about Rastamouse, Zingzillas and all sorts, I actually expected to be drowning in TV characters and the truth is that Lollibop actually did themselves a disservice as there was actually a lot more to it.

Pretty much as soon as we arrived, we ended up going straight to the main stage where Rastamouse was performing. I cannot lie – we really enjoyed it simply because it’s great reggae. Pretty much all parents were dancing more than the kids – hilarious – and the atmosphere was infectious.

Unfortunately, for about two hours afterwards, the mood rapidly declined. There were queues seemingly everywhere and it was all rather chaotic. There were bright moments like when the kids hung out at Little Kickers, which had a series of problem solving obstacles that each finished up with goal scoring. The staff were fantastic and patient, even when Nia (2) threw a Grace Jones like wobbler on the last goal…

The hour long queues were for ‘rides’, such the racing cars and a towering climbing frame with nets that led to an inflatable slide at the top that had children breaking down in hysterical tears from sheer terror and a lack of helpful staff. Not one of them were actually able to explain coherently to parents or show/help children understand what they were supposed to do.

We tried to get tickets for the first Charlie and Lola showing – chaos and at first they were telling people they’d have to come back to queue again and then they gave out tickets for the next showing. I also cannot forget the guy on the Fruit Shoots activity stand that spent nearly ten minutes explaining to young children how to do the relay and organising them and got what quite frankly can only be described as ‘p*ssy’ when kids (yes mine included), kept getting bored and running off. Actually, it was hilarious! 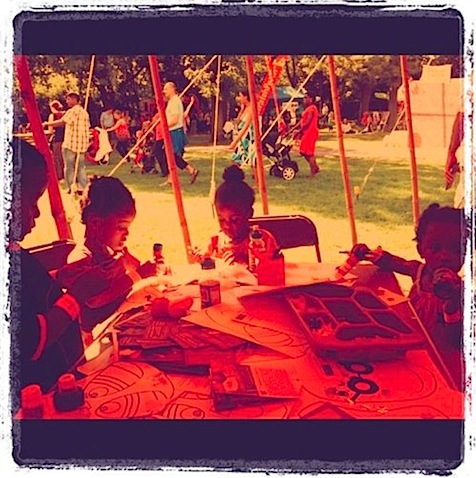 And then we stumbled across the Roald Dahl Museum tent in The Enchanted Forest which was styled like a hypnotic woodland area that seemed like stepping into another world – it was like the heavens opened and angels sang. The RD tent was actually aimed at 6-12 year olds, but the mask making activities (characters from James and the Giant Peach) kept our brood of 2-4 year olds entertained for an hour. We practically had to drag them out. I also spotted Geri Halliwell in there who is tiny and probably didn’t appreciate me asking her where to get a chair from – I only realised it was her half way through the sentence. 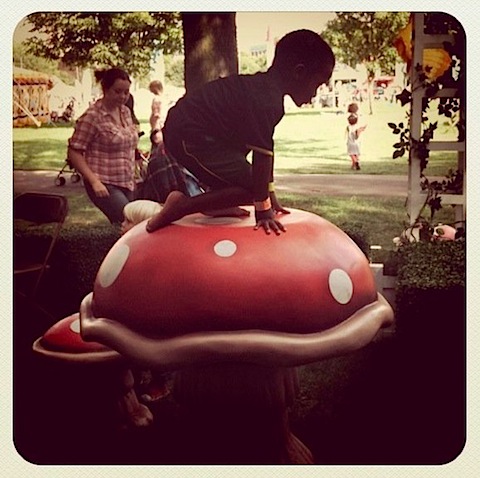 Another hit was the Lollibooks tent where various storytellers brought their tales to life. Surrounded by big toadstools for the kids to climb on and a cushion covered floor that they relaxed on, they just caught the tail end of a yoga session (Waybaloo), and then sat down for a session with author, songwriter and poet John Dougherty who’s behind the Zeus series of books. Now the hilarious books are aimed at around 6+, but the guy knows how to work an audience. I nipped out, went to get food, had a sneaky visit to Sisters Guild who were in the craft market, and went to the loo, and the kids were still engrossed. He sang “I need a wee” about a boy who is, as you guessed, busting, and my kids as well as the rest of them turned into a load of groupies! Dancing, singing along – John rocks! 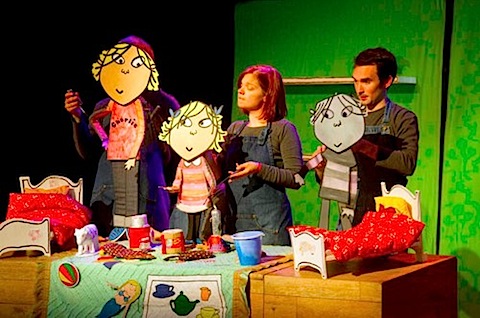 Charlie and Lola’s Best Bestest Play (we featured it before – Horrible Histories was also showing), which if you keep in mind that it would cost Â£11 each to see it at the theatre made the Lollibop ticket great value. It’s still brilliant and brought us 55 minutes of peace. There was an ‘awkward’ moment when a member of Mel B’s sisters ‘entourage’ came over to claim a balloon that Nia had apparently swiped on her way back from the stage. 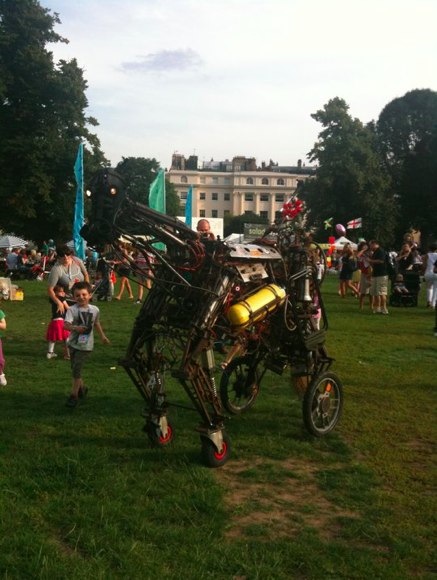 There was also dancing at Minimission for a bit but the undisputed highlight and favourite of the Lollibop experience was the remote controlled mechanical horse. When his eyes lit up and he neighed and moved about, the kids went berserk and dispersed in a frenzy only to run back to him when he stopped. Repeatedly. I loved it so much, I pondered if there was a way to work it into my wedding. It’s genius!

Value for money wise, it was about Â£20 per ticket (if purchased advance online and free for under 12 months) and we got a lot out of the day although I do know of parents of 1-2 year olds that felt differently plus parents of children who were rides focused certainly won’t have enjoyed. Drinks were overpriced (we packed a picnic so didn’t buy much food) and Lollibop must have had something do with it as everyone charged the same inflated prices. Parents wise, it didn’t have a musical line-up to rival the likes of Bestival but there was a great jazz band that I forget the name of plus a bar to ensure you didn’t miss wine-o-clock.

Lollibop could do with better signposting outside the park – I can only assume the posh residents don’t like signs – and much as some CBeebies elements were enjoyable, it creates the wrong impression and undersells and even distracts from the event.

I must also say – we didn’t have to queue once for the toilets which were very clean and as someone who detests public toilets, that’s saying a lot!

Overall, once we focused purely on activities, storytelling, and plays and basically avoiding anything with a queue, we had a great time at Lollibop.

I however feel sorry for anyone who had children wanting to go on ‘rides’. It’s a cool spot hidden in heavy commercialism. Having a kids festival bang smack in the middle of London is a fantastic opportunity and I only hope they build on it because we’d certainly love to go again.

Thanks to Lollibop for providing us with a pass and for taking care of our pushchair and unbelievable haul of food in the press tent!