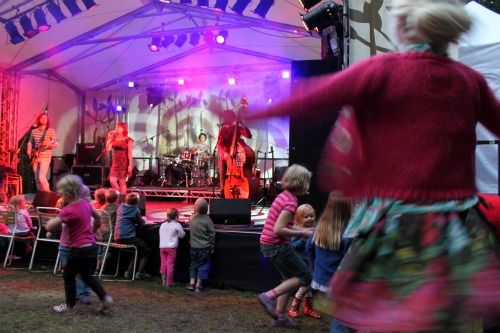 Last weekend saw the second annual Just So Festival held at Barneswood near Leek, Staffordshire. I took my family along to check it out on Sunday and Eve was there on Saturday.

Just So Festival is all about the children with extras to keep their parents happy while they have fun. Held over three days in woodland it has a wonderfully magical and intimate feel about it. 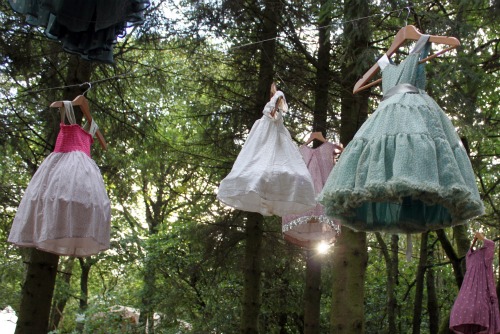 Arriving after a long journey we stepped into the woods with sounds of laughter, drumming and shouts drifting around us as we glimpsed tents and activities through the trees. Milla was quick to offer up the soundbite: ‘It’s just like the deep dark wood!’ and as far as my children were concerned it was simply one of the best places we had taken them. From the communal sandpit and free donkey rides to the games and music they were in heaven. With no expectations of the day we took it easy and followed the paths through the woods stopping to enjoy activities as we found them.

The attention to detail made even walking between glades an adventure where you could find signs telling you to high five a stranger (I did) or ilovegorgeous dresses hanging overhead as beautiful lanterns. 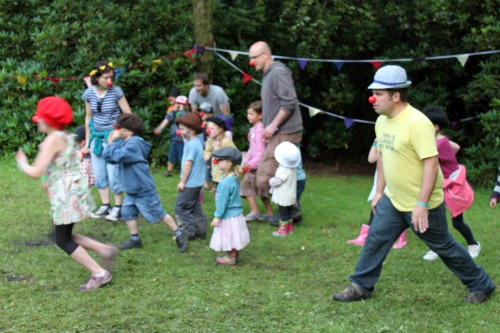 The festival was not without its issues. Having doubled the amount of campers from 2010 to 2011 there were some unforeseen problems with the amount of water which affected both showers and toilets. I have spoken to Rowen, one of the directors, who was genuinely sorry that this impacted on people’s weekends. They are already taking these problems on board and next year will have management in place to ensure it doesn’t reoccur. Having spoken to several camping families the feeling seemed to be that while this was annoying it didn’t ruin the weekend for them. 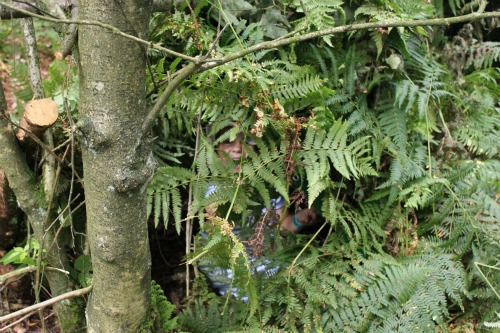 A few of the sessions were bookable such as Pirate Training which Eve had hoped to sign Torin up for. Sadly huge numbers of parents also had the same plan and the first session on the Saturday saw some red faces and raised voices as people tried to secure a spot in the session. Again they are learning from this and taking feedback from festival goers to ensure everyone gets to enjoy their weekend. 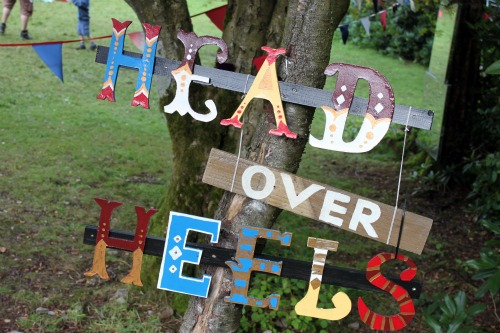 The camping provided generous amounts of space so you could camp without feeling like a sardine. If you wanted an even more intimate camping spot you can book into glade camping which provides smaller sites within the woods and numbers are limited. There were also yurts and bell tents available for hire if you’d rather have fun than pitch a tent. Personally I liked the look of the glade camping which had all the charm and comradery of a small campsite. 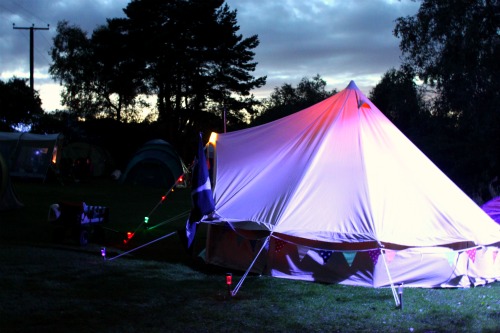 The musical acts were really well selected and there was plenty of dancing at the front of the stage. We really enjoyed Polly and the Billets Doux as the headline act on Sunday (after getting over the terror of the Wild Rumpus Parade). With the headliners going on at 7:30 I didn’t feel we were faced with the choice of keeping our children out too late or missing something we’d come to see. 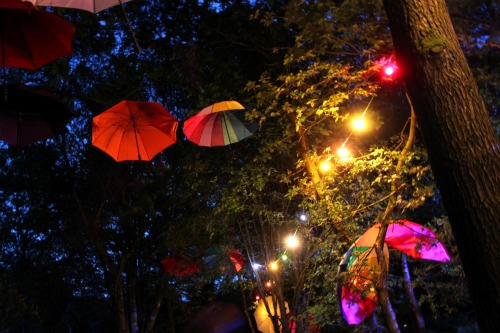 I’m smitten by Just So Festival. They strike the balance between a weekend festival without being overwhelming. It is simply pure magical wonder. Early bird tickets for Just So 2012 have gone on sale this afternoon. I know I’m planning to return! 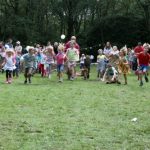 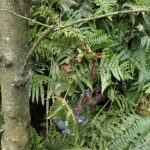 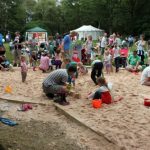 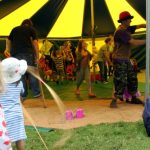 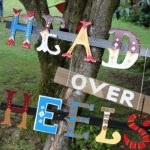 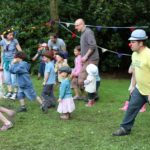 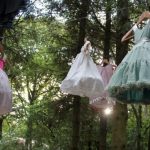 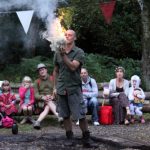 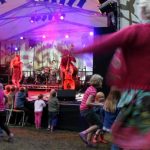 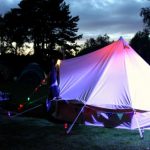 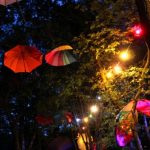