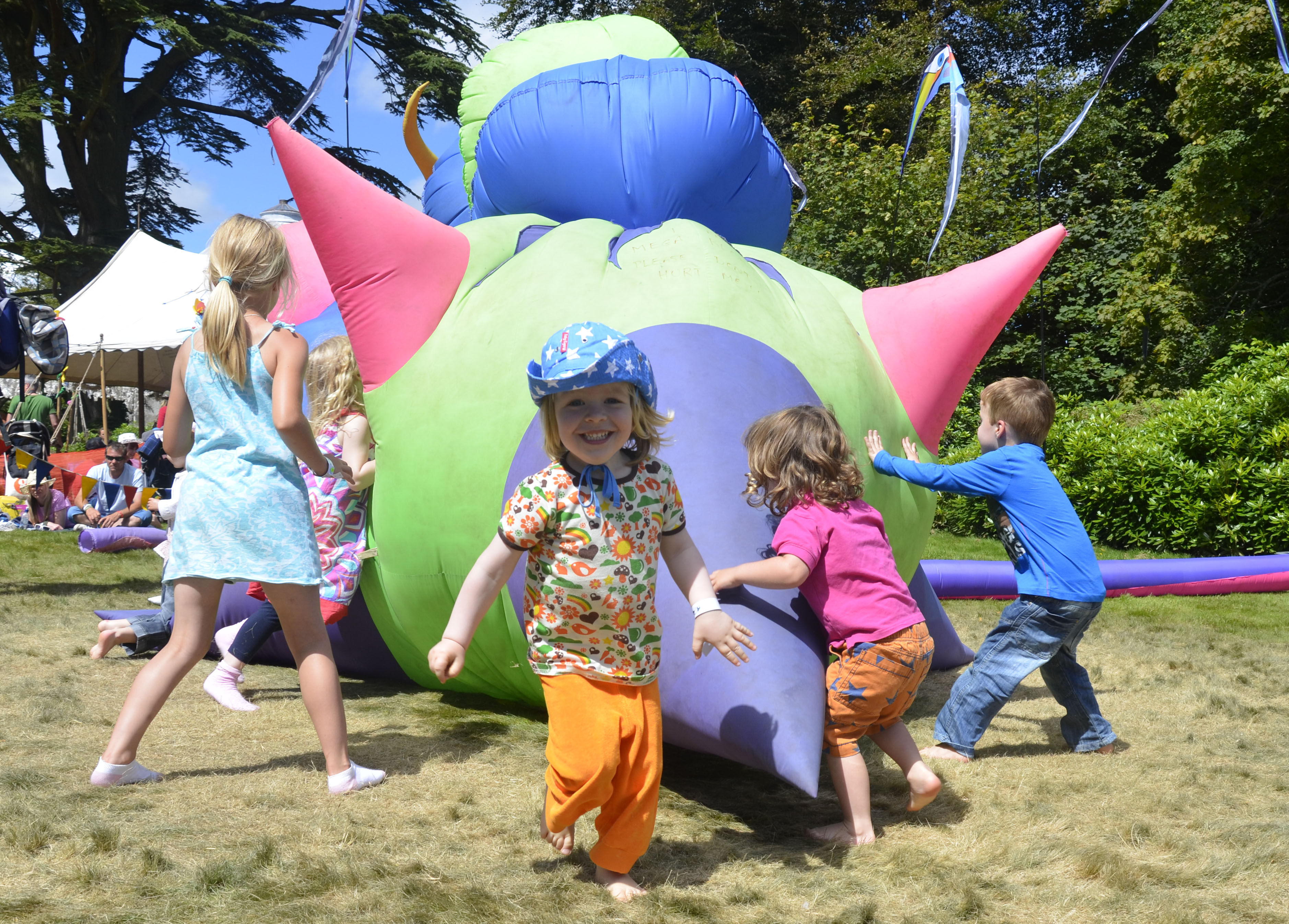 Camp Bestival, how do I love thee? Let me count the ways. Yes, once again the Da Banks’ festiholiday (aka child nirvana) has proved itself to be the family festival to end all family festivals. Last weekend was our third visit and our experience differed somewhat from previous years as it was our first as a family of four. Many people suggested we were mad, but I can honestly say that festivalling with a five-week-old baby wasn’t in any way as stressful as anticipated. 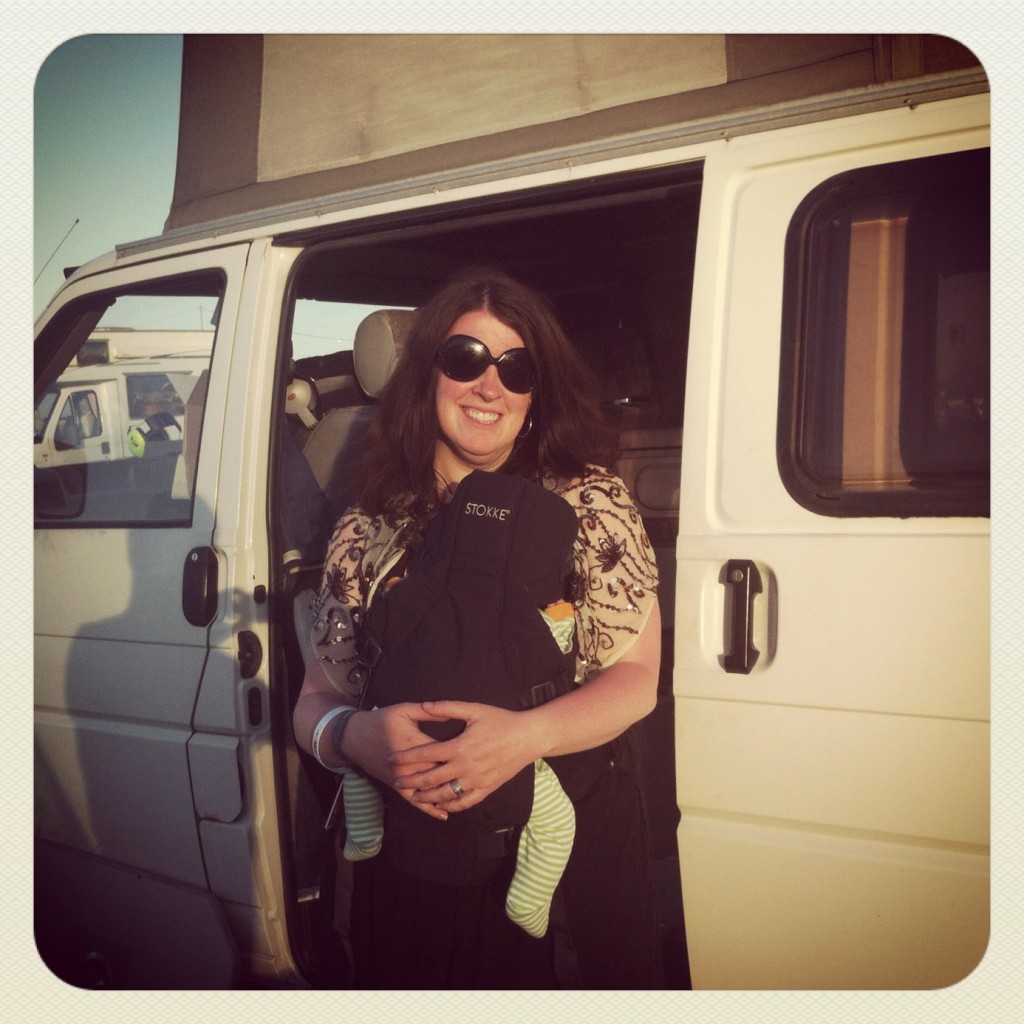 I should mention that we were in our campervan, which is definitely easier than a tent (Kitty just slept in her BedNest as at home) – no traipsing from the car with all the gear, plus I think I would have worried about temperature control under canvas. The campervan field always has a great atmosphere and this year the facilities were much improved with hot showers and a waste water tank. My only reservation was that the van field was quite a distance, up and down hill, from the action considering the ticket price of Â£90, but it just meant that we headed out for the day after breakfast and only returned for tea, before wrapping up, transforming the Radio Flyer into a bed for Alfie and going out again for the evening. 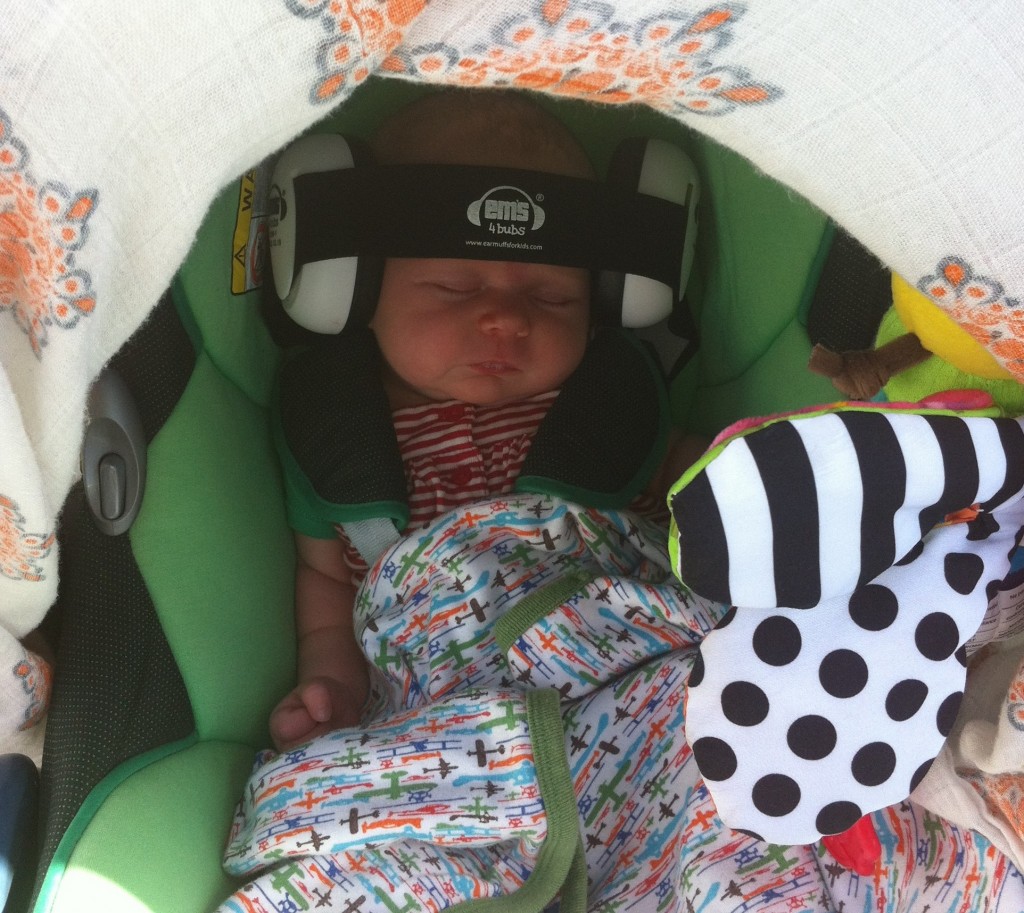 Having Kitty with us did impact on what we did. Even with newborn ear defenders (specially designed with a soft headband for 0-18 months) I was less keen to hang out at the noisy main Castle Stage, although we did catch The Gruffalo and the ubiquitous Mr Tumble again, then bits of Rolf Harris, Kool and the Gang and Rizzle Kicks, plus the inimitable DJ Derek’s set in the Bollywood Tent. Unfortunately, we had to leave under cover of darkness on Sunday night so we missed the Happy Mondays but Bez did pop in to see our chums at Sisters GuildÂ (still waiting to see the photo), who had a divine stall selling all their impeccably curated goodies down in the Lower Kids’ Garden, next to festival regulars Mama Earth.

The Upper Kids’ Garden was our main hang out. Kitty and I were regulars in the Baby Chill Out tent, kitted out with squishy sofas, changing mats and high chairs, which provided much needed shade in what was a surprisingly hot, sunny few days. Meanwhile, Alfie was able to jump about with the inflatables (top), watch the Silly Olympics organised by the Camp Bestival Bluecoats and create numerous works of art – his fluoro pom-pom was particularly crazy – in the craft tent. 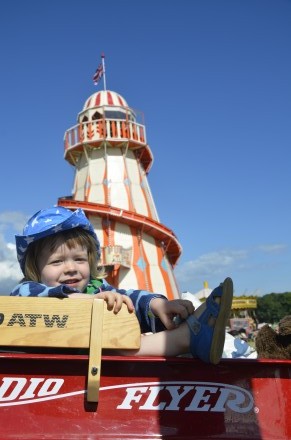 We also spent a lot of time in the Lower Kids’ Garden (above), whereÂ Alfie’s absolute favourite thing was The Insect Circus, which we watched twice, and there were loads of cool activities in the soft play tent, such as sand art, balloon modelling and theatre workshops. As always, the art tent was amazing and A loved helping to create the huge cardboard castle and village and making Olympic torches (bottom).

The bandstand offered a pleasing folk soundtrack as we laid out the picnic blankets and munched on corn-on-the-cobs under a Bollywood umbrella. The field was also home to the constantly busy English National Ballet, face painting and dressing up tents, plus the Little Big Top theatre and comedy venue and various popular fairground rides. I did notice more big names this time – Ecover, Flora, Cath Kidston and Joules all had a presence. 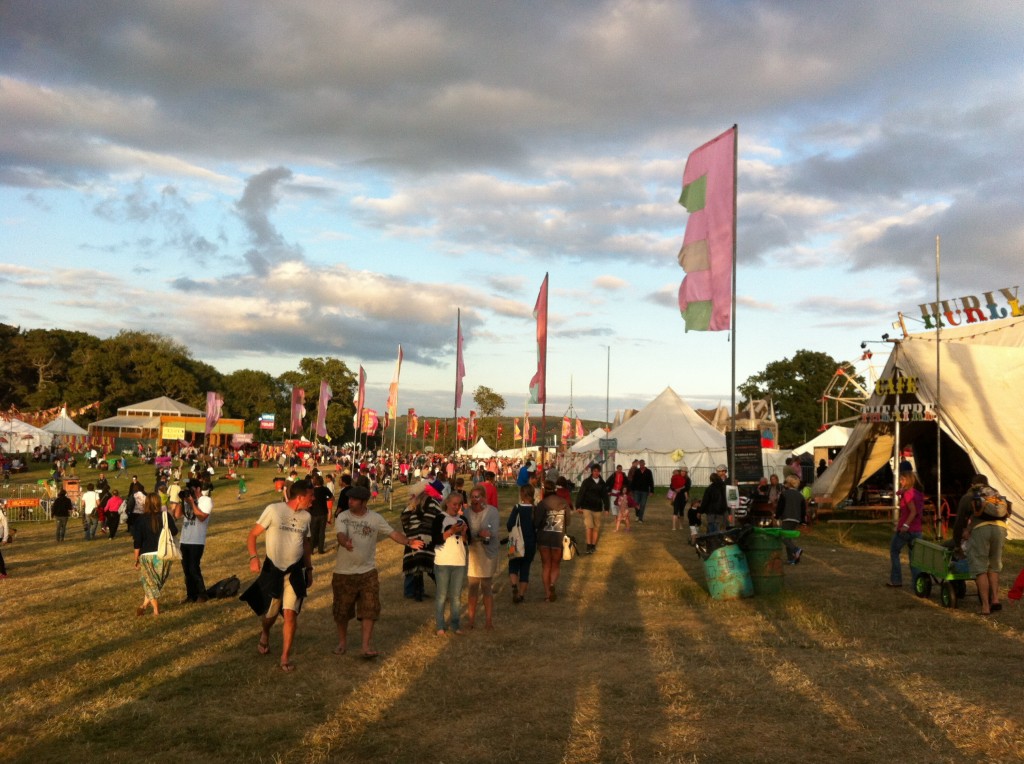 I’ve been a big fan of Hugh Fearnley-Whittingstall’s food tent in previous years, but I have to say that this year’s gastrodome, Young British Foodies, was a more than worthy replacement. As I wasn’t drinking (breastfeeding), I sought refreshment with Hedgerow Deli‘s sparkling brews – rhubarb and elderflower was amazing, while the seafood was to die for.

The farmer’s market was impressive again as well and the general stalls are all of a high standard – we enjoyed Purbeck Ice Cream and The Fine Food Company cafe. Pimped trolleys abounded – there was even a section for them in the fancy dress parade. We stuck with our postmodern boy racer blue neons, which come into their own after dark. 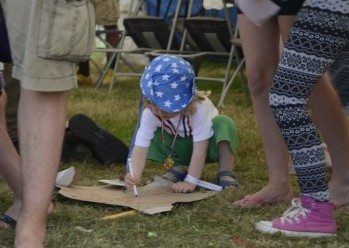 There’s so much going on at CB that I can’t write about everything – I haven’t even mentioned Fantastic Mr Fox the opera (in the woods, but too busy for us to see), the Spiegeltent (dance lessons of all descriptions) or the Soul Park (note to self: must book pampering treatments next time). Alfie, as usual, had a ball and an enormous smile on his face the whole time. He gets such a lot out of it and I can only imagine this increasing every year – aged three he marvels at the antics at the skate park and theatrical performances, but I anticipate he’ll be taking part when he’s older.

To be honest, just hanging out at the campervan and riding around in a trolley is really exciting when you’re three. Even Kitty took something away from the experience – she adored being outside and revelled in watching the colourful flags and bunting fluttering. No, we didn’t get to do as much ‘grown up’ stuff as you normally would at a festival, but that’s not the point of CB – I wouldn’t hesitate to take a baby again. Thanks to everyone involved for a fabulous time – we’ll see you next year.