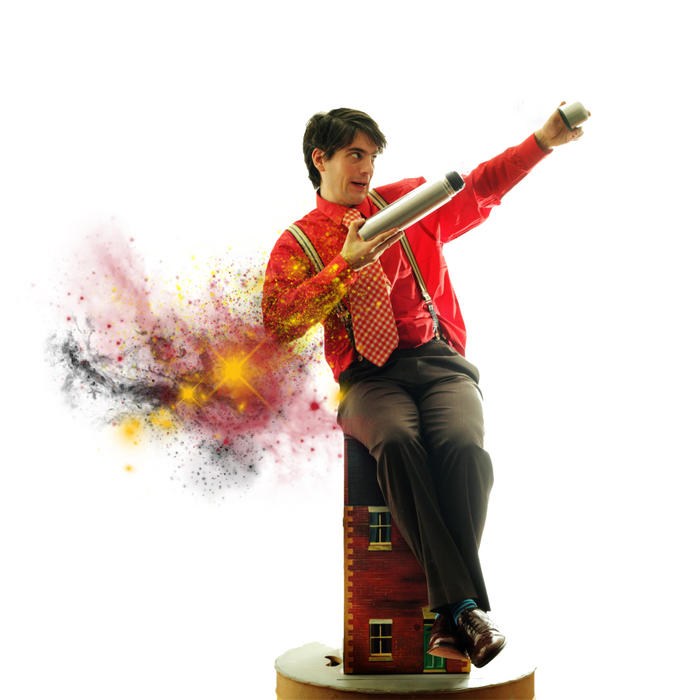 A friend recently asked whether her two year old was too young to be taken his first trip to the theatre. My reply? No, of course!

I love the theatre! One of my strongest memories is of being taken to Manchester’s Contact or Library theatres as a child and seeing all sorts of magical shows. Many of them were based on the books my Mum had read to my sister and I. The Red Balloon and The Pied Piper really stand out. Of course I now want my children to have as much fun as we did, and going to see family shows has become something of a habit! 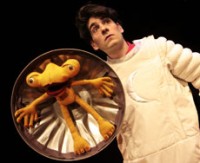 Many of the UK’s theatres are ‘dark’ at the moment for the summer break, but the new season brochures have started to arrive and we’re already planning our autumn outings. Some of the shows we want to see are based on favourite books (including, as a treat for my daughter’s second birthday, The Very Hungry Caterpillar) and these are a perfect way to introduce your little one to the theatre. At less than an hour long and with familiar characters and words, they’re ideal for capturing the imagination and attention of even very young children.

Last summer, when Torin was two and a half, we went to see the first tour of Travelling Light’s Bob the Man on the Moon. The book of the same name, by the wonderful Simon Bartram, is one of our firm favourites, so despite having a wriggly toddler (and a babe in arms in tow!) we decided to give it a go.

It started well with Bob himself, who fans of the story will know is very fond of cleaning, tickling the children (and adults) with a feather duster on the way into the theatre.Â  Bob’s a conscientious astronaut, but despite blinding evidence to the contrary he is blissfully unaware of the existence of aliens. And of course there are many of them in this show!

One man on a small stage with what’s essentially a handful of dustbins and a box doesn’t sound very promising, but Frank Wurzinger is utterly engaging and the very clever set which unfolds into all sorts of scenarios (from Bob’s house to the inside of his rocket) kept even the tinies in the audience totally spellbound. Add in some shouting out (‘behind you!’), puppets, a bit of quick drawing from the man himself and some cool sound effects and you have an absolutely perfect children’s show. We all loved it!

In my hunt for new things to see this year I was thrilled to discover that Bob is on tour again. From September with dates including London, Birmingham, Liverpool and Edinburgh it might well be coming near you, and it’s definitely worth going to see. It’s a rare pleasure when the stage (or film) version adds to rather than takes away from the original book, but Bob did exactly that. More than a year on, and many other shows down, Torin still talks about the ‘real Bob’ every time the story comes out, and that’s the magic of theatre!

Torin’s best bit: The aliens hiding in the dustbins

My best bit: ‘little Bob’ having his bath