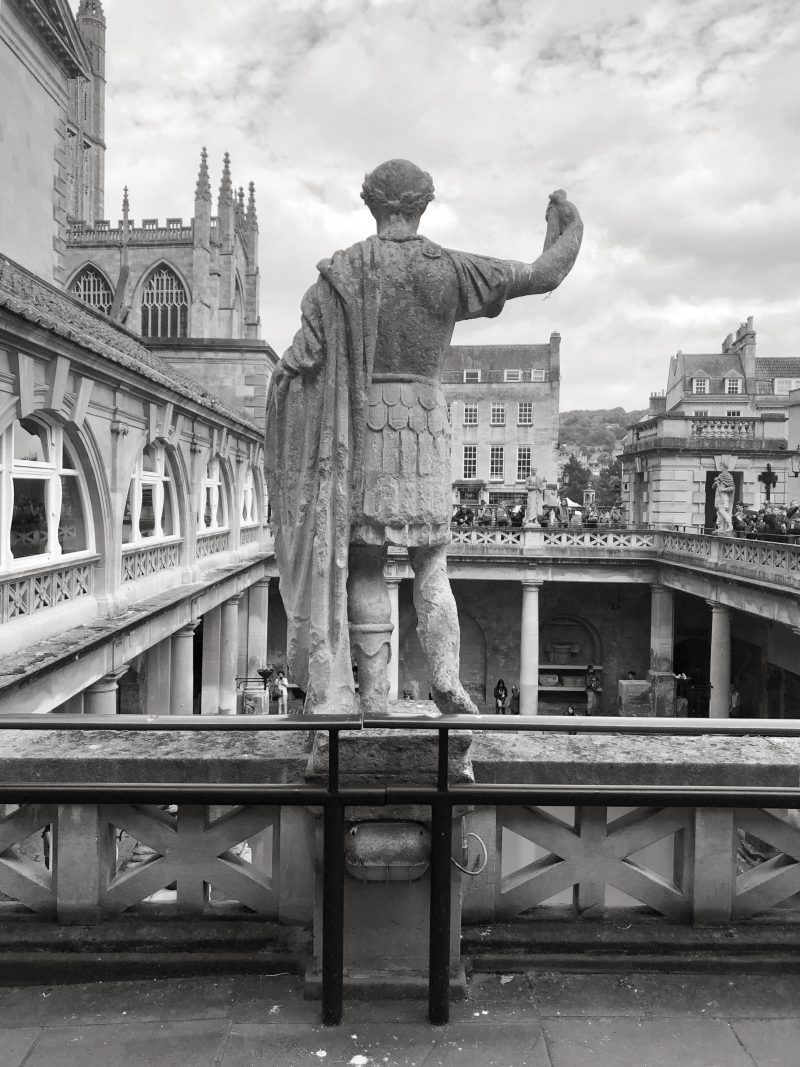 Alfie and Kitty are both Horrible Histories fans, and, while I find some of the more gory details they have learned a bit unsavoury, there’s no denying that the books and series are a fantastic way to introduce a lifelong interest in the past. We try to visit historic houses and sites as often as we can and a whistle-stop tour to Bath meant we just had to check out The Roman Baths. Built around 70AD, the site is one of the best-preserved Roman remains in the world and is hugely atmospheric and evocative with costumed characters and projections of figures as they would have been. Any child with a vague interest in history, and in particular, those rotten Romans, will enjoy walking around looking at the mosaics, gravestones, skeletons, coins and treasures such as the stone Gorgon’s head and bronze head of goddess Minerva. The suitably gruesome curses (messages to enemies written on pewter then thrown into the Sacred Spring) were one of our favourite things – one wished that the thief of his pair of gloves lose his mind and eyes!

The offering for children at the baths is great, with two engaging, fun trails – one for under sevens and one for over – and a dedicated audio guide (included in the ticket price) brilliantly narrated by Michael Rosen. There’s also a great audio guide by Bill Bryson for grown-ups. And, of course, the arguable pièce de résistance is the opportunity to try drinking the spa water at the end of the experience – the fountain is usually surrounded by gagging children making faces and ugh noises, but it’s actually not unpleasant tasting, just warm with a slightly minerally flavour. There are also loads of activities going on over the summer holidays, offering the chance to make masks, puppets, mosaics, mobiles and helmets, plus try on togas and tunics. The shop has plenty of affordable pocket money treats (my two loved the keyrings and Roman coins) alongside history themed books and activity packs – and the Pump Room cafe is excellent and good value.