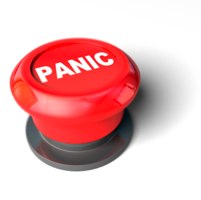 Not long to go now. That’s what strangers say to me never mind people who know me! It’s the large protruding bump that is totally out to the front and ‘precariously’ low.

I of course am at that stage where I am sick to the back teeth of being pregnant, excited about ‘baby 2’, and scared witless about how I’ll cope with two kids, something I’m told ‘you just do’.

I had been rather anxious about the whole c-section/baby position/general having a baby (you’d swear I’d never done this before) so by the time we rolled up for a recent consultants appointment, I’d spent the morning wailing in panic at the boyf as I had visions of myself being in agony from being induced with the horrid stuff.

Turned out the panic was for nothing as they don’t induce me in the ‘traditional’ way as I had a c-section first time around, so they will just break my waters. I’m not supposed to go over my due date but as I am due on Good Friday, if I don’t pop by the 14th, I shall be admitted to hospital.

So I only have up to two more weeks of wincing, yelping, and clutching myself in the street (and at home) as ‘baby 2’ smashes the bejeesus out my poor pelvis, va-jay-jay, and back… In the meantime, I really have to knuckle down and finish my shopping and nesting preparations..

Moses basket and stand – sorted after much nagging of the boyf to go into the eaves in our loft… Can’t find bedding for it which means I may be ‘forced’ to buy some… tee hee!

House Induction – Nothing to do with being induced and more a crash course for the boyf in coping in the house without having to be asking me questions (that I’ve already answered a gazillion times). Lessons include ‘You can actually put some powder in the dishwasher after you load it and turn it on’. 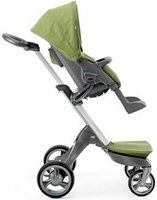 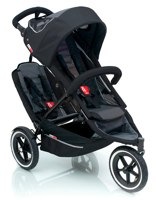 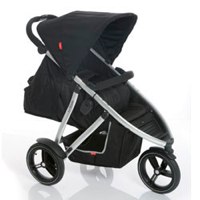 Pushchair – Panic about the practicalities means that although we have a Stokke Xplory, it looks like we have to become ‘practical’ parents and buy a Phil & Ted’s Sport or Vibe (pictured above in order of mention).

Hospital Bag – Totally packed! And overflowing. I will be attempting to repack it later….

Labour Plans – Can’t be bothered to write a birth plan as I remember the last one by heart…and I didn’t use it once I became desperate for drugs! The boyf has suggested though that aside from looking forward to getting high on gas and air, it may be an idea for me to actually read up on labour again as he thinks that all the c-section talk has me passive about the whole thing. That’s when panic kicked in again as I realised if I do go into labour, I’ll have no clue what to do! I am reading What To Expect When You’re Expecting (again) and giving myself a refresher course. I now expect pain… I may watch a few ‘real birth’ shows too although I tend to cry after each arrival so it could be exhausting…

Clothes – I have lots of basics from last time in white (yawn) and some patterns from John Lewis, Gap, and H&M (the latter are actually really good for newborn basics) but we do want the next addition to our family to have some of their own gear so we got a few bits from Polarn O Pyret, plus my ma stocked up at the Zara Baby sale a couple of months back so they’ve got a great collection of goodies. 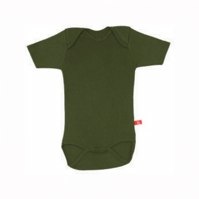 We do know the sex but I shall keep it a surprise for you all. I’ve also stocked up in the sale section of Little Baby Company on some seriously gorgeous colourful basics at bargain prices by Spanish label Limobebe. The short sleeved bodysuit pictured is a whole Â£2.25 reduced from Â£7.50 and there are several items at these type of prices although you have to hunt around to get the right size.

In theory, other than the room being decorated this week, we’re ready. But then I remember that I need to organise thank you cards, a gift from the babies to each other, a treat for myself for putting myself through childbirth yet again, several birthday gifts, and ‘accessories’ for the nursery and I realise that it may be a blessed relief to my poor wallet if the baby arrived early…Back next week…unless I go into labour…